The SHIFT car and bike magazine was the first broadcast played on the 28th of November, 2013 on the Croatian national CMC television. The show could briefly be described as half an hour of pure fun and adrenaline. In each episode we try to unite all the octane sports. By using dynamic editing techniques, our aim is to present the competitors of our show in the best way possible to our audienceFurthermore, by introducing octane sport in a different way, our goal is to convince those that are not a big fan of these types of sport. In the mid 2017, we created the Racing and Lifestyle channel SHIFT TV, the online channel containing a membership model; therefore every octane lover has the possibility to subscribe in order to discipline his love.

At the beginning of 2018. we had our own live stream gear, as well as the possibility to live stream up to 6 cameras on our channel and Facebook platform that we created together with our partners. We can now stream on our channel, our FB page, as well as on other pages and groups of our partners; which allowed us to reach more than 110.000 people. Since 2015, the same team is also signed by Motorsport HR, a show played on the Croatian national Sports TV channel, while SHIFT is more focused on online audiences and outcomes. Beginning in 2016, SHIFT introduced subtitles in English which resulted with a significant increase of audience’s visibility in the region.

In the third season, we introduced a new series called Balkan Tour, which has been very well accepted by our viewers since the beginning of its production. The goal of the series that we want to examine in the upcoming season is the introduction of popular competitors coming from surrounding countries. Every episode was filmed in another country such as Bosnia and Herzegovina, Serbia, Slovenia, and Montenegro. In the upcoming season, we want The Balkan Tour to offer something new, along with competitors who would be the backbone of everything Furthermore, we want to show sights and beauty, as well as the gastronomic and touristic offers of de visited destination. As a team we believe that it would be interesting for you to participate in the most watched automotive show in this region. Please if you are interested to help us with your engagement in creating this show, reply on this email and by doing so, we will send you our thoughts and plans on how to start our cooperation. 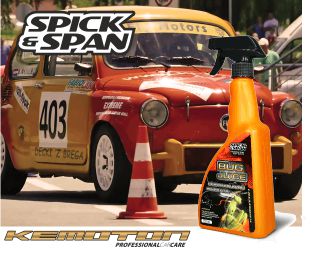 Want to be the first to know when new videos available? Subscribe to our weekly email newsletter. No spam!
CLOSE